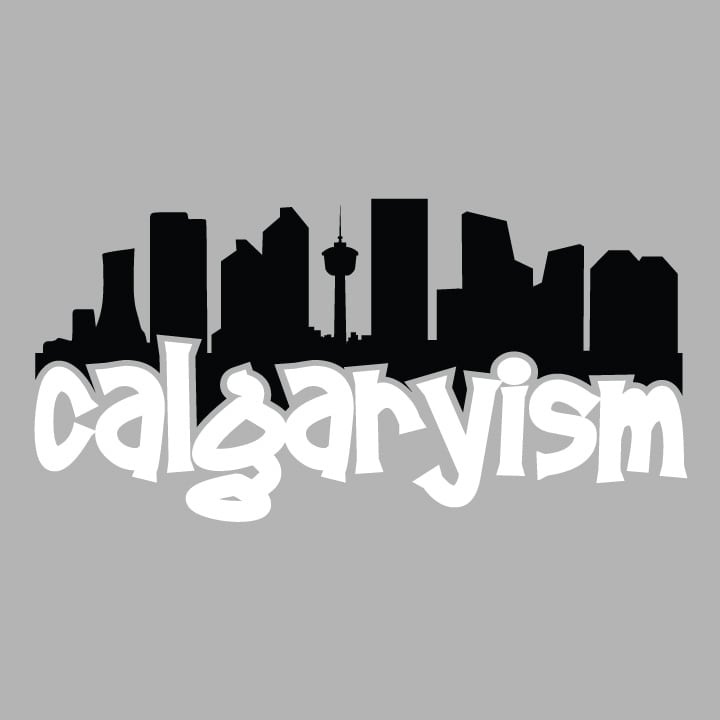 What are some of the best activities and events in Calgary happening this August of 2019? From Cirque du Soleil to festivals galore, there's a little bit of something for anyone to take part of in Calgary this month.

Without further adieu, here is our list of the 20+ best things to do in Calgary this August. Leave a comment and let us know what your favourite activity or event is and we'll add it below!

The Fringe is an uncensored, non-juried theatre festival meant to bring together established and emerging artists alike and allow them to express themselves however they please.

If you’re a comedy buff, put this on your “best things to do in August in Calgary” list. You’ll have a great time at one of the excellent venues chosen for this year’s event, like The Nash and Vertigo Theatre for example.

This event is up there with the Lilac Festival as one of the best things to do in Calgary if you have only one single day to spare. What the Lilac is to the Beltline, Sunfest is to Inglewood.

Festivities are quite similar between Lilac and Sunfest as well, with over 200 different vendors ranging from artisan and imported goods to food trucks and stands and everything in between.

The Calgary Stampeders face off against their bitter provincial rivals the Edmonton Eskimos on August 3rd, then take on the Montreal Alouettes on the 17th.

After winning the Grey Cup last year, the Stamps are currently on a two-game winning streak and tied for second place with the Eskimos.

Saturday’s game is bound to be an intense one; whoever wins will come out on top with only a handful of games left in the season!

Chasing Summer’s DJ lineup for 2019 may just be its best one yet.

W&W, Above and Beyond, The Chainsmokers, Steve Aoki, Aleso, KSHMR, Slushii, Elephante, Infected Mushroom, Vanic and Spencer Brown are just some of the artists playing at this year’s event.

Festival goers, remember to get your bracelets at the festival grounds before entering the main line.

Sit down and relax on the curved stretch of wooden bench while enjoying the view of the small stage, and enjoy what these talented performers have to show!

Taste of Calgary is one of our favourite food festivals in the city. A wide range of cuisines including Asian, tapas, Mexican, Western, Italian and everything in between can be found down at Eau Claire Plaza.

Make sure you scour every corner of the festival grounds. You just don’t know what kind of food you’ll find next. We recommend trying to leave some room for the next snack!

Spectators will be out in full force for this year’s Calgary Dragon Boat Race & Festival. Free admission includes access to the beer gardens, food trucks, family fun zone and cultural entertainment throughout the day.

Special events include the Paddlers Kickoff Party on Friday, Breast Cancer Ceremony on Saturday and Dragon Boat Charity Race on Sunday. As one of the best things to do in Calgary this August, you shouldn’t miss it! 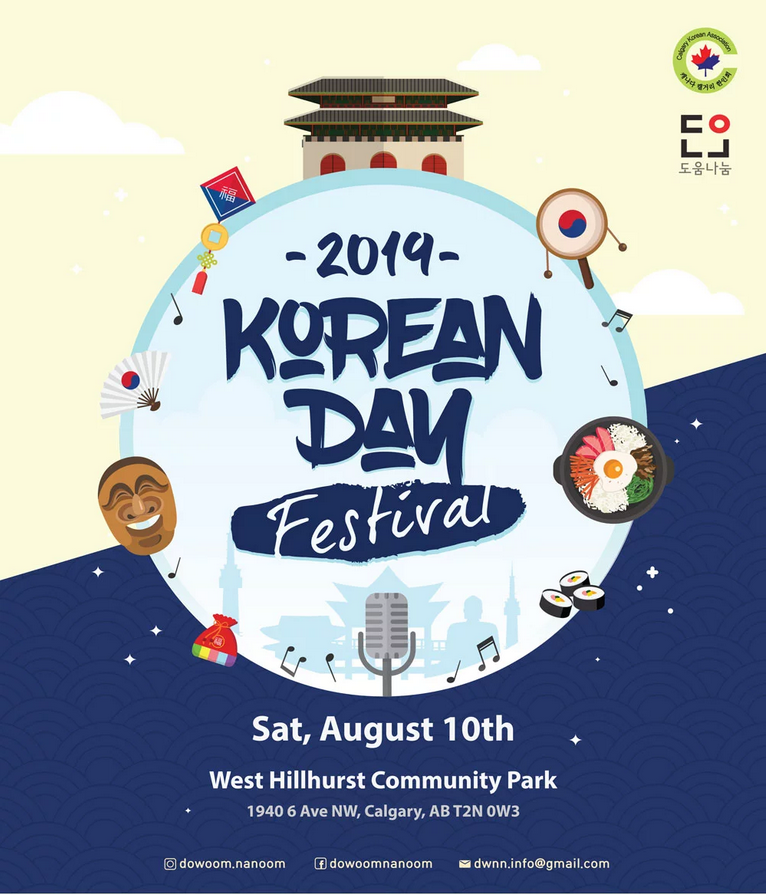 Experience a little piece of Korean culture at the 16th Annual Korean Day Festival being held on August 10th, 2019.

Expect to have a great time watching Taekwondo demonstrations, playing various folk games and participating in face painting and play areas with the kids. 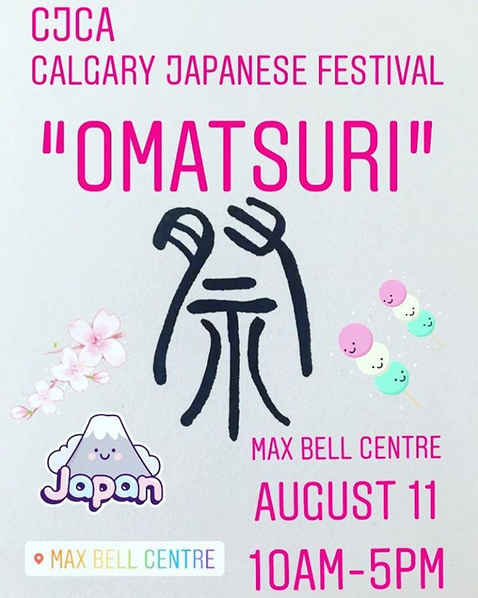 The 9th Annual Japanese Festival “Omatsuri” is on at Max Bell on Saturday, August 10th from 10am to 5pm.

The word “Omatsuri” is a Japanese saying for “traditional festival,” which means you’ll get to experience a little bit of Japan right here in Calgary.

Don’t miss out on authentic dance and song, martial arts demonstrations, crafts and games, sake-tasting and beer gardens, and heaps of Japanese cuisine.

We recommend using the Max Bell LRT Station to get to and from the festival as parking is very limited!

Traverse up and down 33rd Avenue while exploring countless artisan vendors, food trucks and a street busker or two.

Catch live entertainment at one of four stages throughout the event, and maybe catch the pet pageant with the kids in between crafts and games.

The kids love this one, don’t let them miss out!

GlobalFest is the most epic annual artistic and cultural celebration the city has to offer.

Over the 10-day event, check out performance stages, cultural cuisines and pavilions, food trucks, artisan shops at the night market and so much more.

Elliston Park opens its gates at 6pm nightly. Just remember that a good portion of 17th Avenue SE is closed off so that festival goers can make their way to and from the park safely.

In other words, make sure to find a parking spot well in advance or plan your public transit route before things get going!

Get ready for one of the best food festivals in August called Summer Feast where you’ll have a chance to try delicious culinary creations from some of Calgary’s top local chefs.

Take your pick of any three-course meal from participating restaurants for lunch or dinner at a price of anywhere between $25 to $65 per person!

Any Cirque du Soleil show is bound to be one of the best things to do in Calgary - in August, or any other month a world-class entertainment group is in town.

LUZIA showcases some of the world’s top gymnasts, dressed as surrealistic animals on a journey through an imaginary Mexico which is filled with sights and sounds from both tradition and modernity.

Don’t miss this one folks… tickets are going fast!

Another one of the best things to do in Calgary this August is Carifest, a celebration of Caribbean culture in the heart of the Beltline that sees more than 20,000 visitors annually!

If you love country music, you’ll want to check out the Country Thunder Music Festival on at least one of the three days it’s on for.

Enjoy some of the best songs from the best artists including Jason Aldean, Miranda Lambert and Jake Owen, Lauren Alaina and Terri Clark to name just a few.

The 23rd annual Expo Latino Festival is going to heat up the grass at Prince’s Island Park. This downtown park on the Bow River is arguably the best festival hub in the city.

This year, Expo Latino will unite with the International Salsa Festival to celebrate the 55th anniversary of the Salsa music genre.

Apart from lots of entertaining dance, you’ll find food trucks and vendors, artisan shops and services and family-friendly activities and events throughout the park.

Don’t forget to stop by the river for a relaxing time!

The Franco Festival features foods, crafts, entertainment and so much more from various countries in Europe, Africa and America.

Founded in 2011, the festival was created by a non-profit organization looking promote awareness of diversity in society as well as socio-cultural and economic integration of different ethnicities.

Find a wide variety of French-inspired cuisines down at the Franco Festival! We love the food, and the cultural experience this one brings to our city! 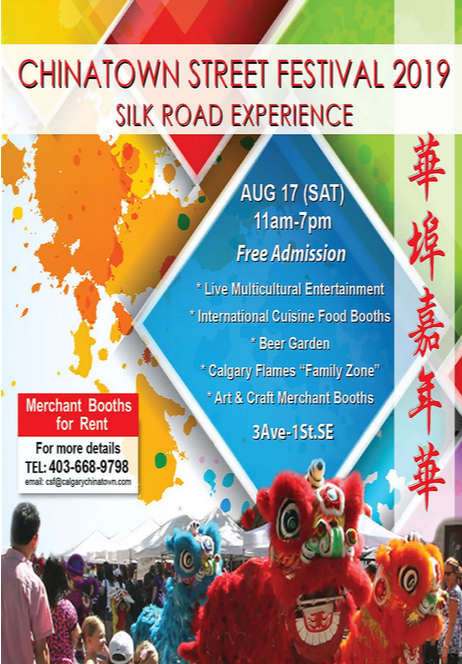 This year, the festival will represent a broader range of cultures, hence the new name “Silk Road” which historically was a major trading artery between China, the Middle East and Europe.

Tons of fun is to be had during the Calgary Pride’s 11 days of LGBTQ equality and diversity, happening at various venues from August 23rd to September 2nd!

Join in on the rainbow-coloured festivities which include a massive parade, family-friendly park activities and club / nightlife events.

Iron Maiden: The Legacy of the Beast Tour

Hard rock fans will be thrilled to know that our list of best things to do in Calgary this August includes an Iron Maiden concert!

With special guests The Raven Age, Iron Maiden is an old school heavy rock band formed in 1975 in the United Kingdom.

Some of the group’s best songs include Virus, Be Quick or Be Dead, The Clairvoyant, Man on the Edge and Fear of the Dark to name a few.

Hotel Arts has just re-opened its newly renovated swimming pool! Catch a drink from the Yellow Door Bistro or Raw Bar, and sit back and relax poolside in the heart of the Beltline.

Entrance to the pool is $10, and on a nice day – and with the nice new patio furniture – it’s easy to spend a full afternoon just chilling and relaxing at Hotel Arts.

Catch a Swim at Sikome Lake

One of Calgary’s best public lakes is open for summer from 10am to 6:30pm daily. Located in Fish Creek Provincial Park, this man-made lake is one of the only soft-sand beaches in Calgary, and its just a few bucks to get in.

Grab your lawn chairs, air floaties and picnic gear and check out Sikome Lake! It’s a lot of fun for the entire family, and your friends will love it too. Just remember no alcohol allowed – this is a public aquatic facility for all ages.

Take a Trip to Canmore + Banff

The beautiful foothills and Rocky Mountains are just west of Calgary and have endless activities to do during August.

Canmore and Banff are two very popular mountain towns that have won the hearts of Calgarians through-and-through.

If you’re looking for some of the best things to do in Calgary this August of 2019 outside of the city, you’ll want to check out what’s going on in these two towns.

Looking for more of the best things to do in Calgary this August of 2019? Don’t miss out on some of these best new restaurants in Calgary in 2019!